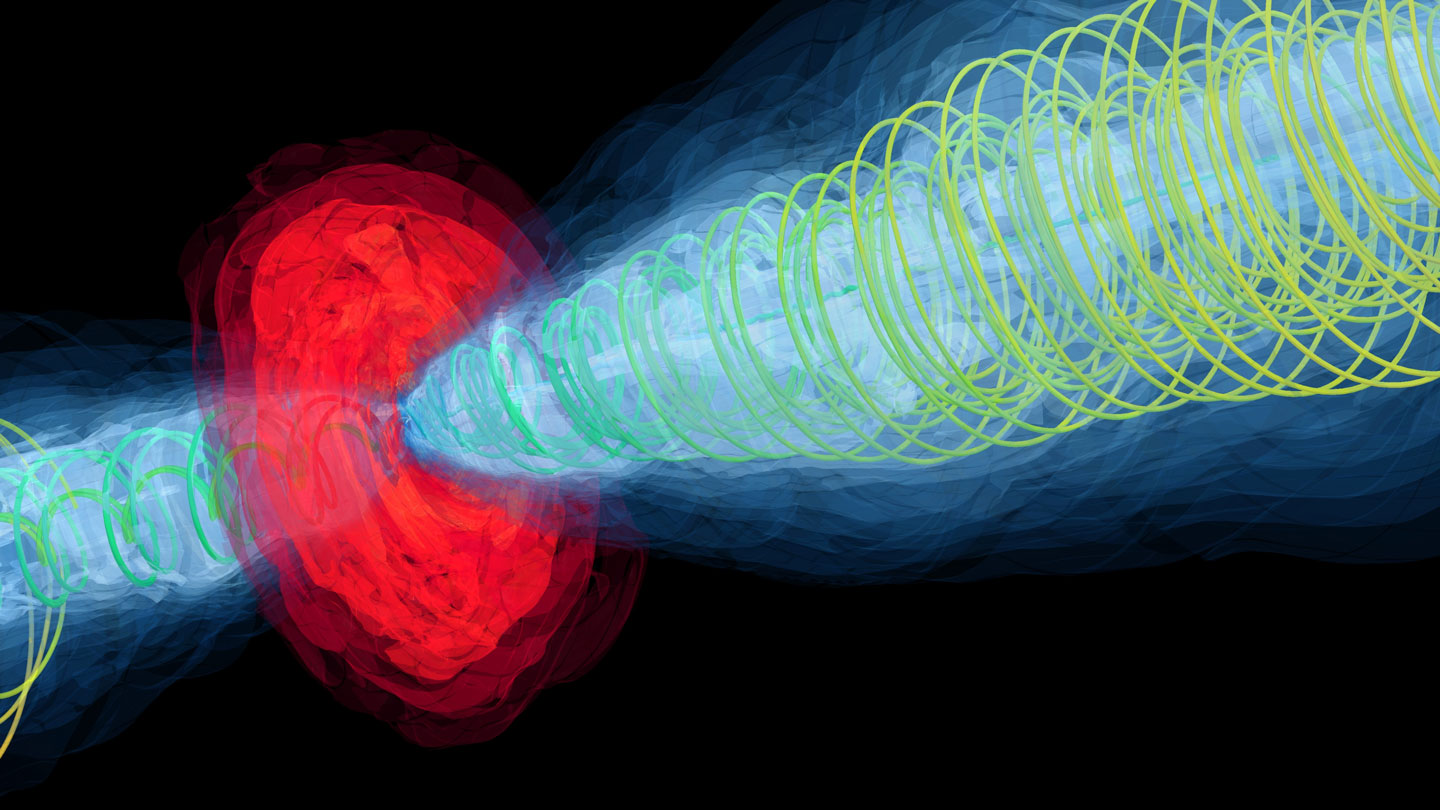 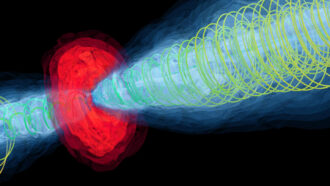 From the maw of the supermassive black hole at the center of the galaxy M87, two enormous jets stream thousands of light-years into space. Scientists still don’t fully understand the physics behind the jets, which are made of a mix of electrically charged particles, or plasma (SN: 3/24/21). But they are “really, really amazing,” says astrophysicist Alejandro Cruz-Osorio of Goethe University Frankfurt. So he and colleagues created a computer simulation of M87’s black hole and the swirling gas that surrounds it in an accretion disk. The aim: Figure out how this black hole — already famous for posing for a picture in 2019 (SN: 4/10/19) — became such a jet-setter.

Under the right conditions, that simulation produces jets that match observations of M87, the researchers report November 4 in Nature Astronomy. The black hole twists up spiraling magnetic fields that surround two high-energy beams of electrons and other charged particles. The results suggest that the black hole must be spinning rapidly, at more than half its maximum speed allowed by the laws of physics and possibly as much as 94 percent of its maximum possible speed.

Getting the energies of the jets’ electrons right turned out to be crucial. When magnetic fields in the jets rearrange in a process known as magnetic reconnection (SN: 8/3/21), electrons get accelerated, resulting in more of them having very high energies. This effect was not included in earlier simulations, but it was key to getting the simulated jets to act like real-world counterparts.