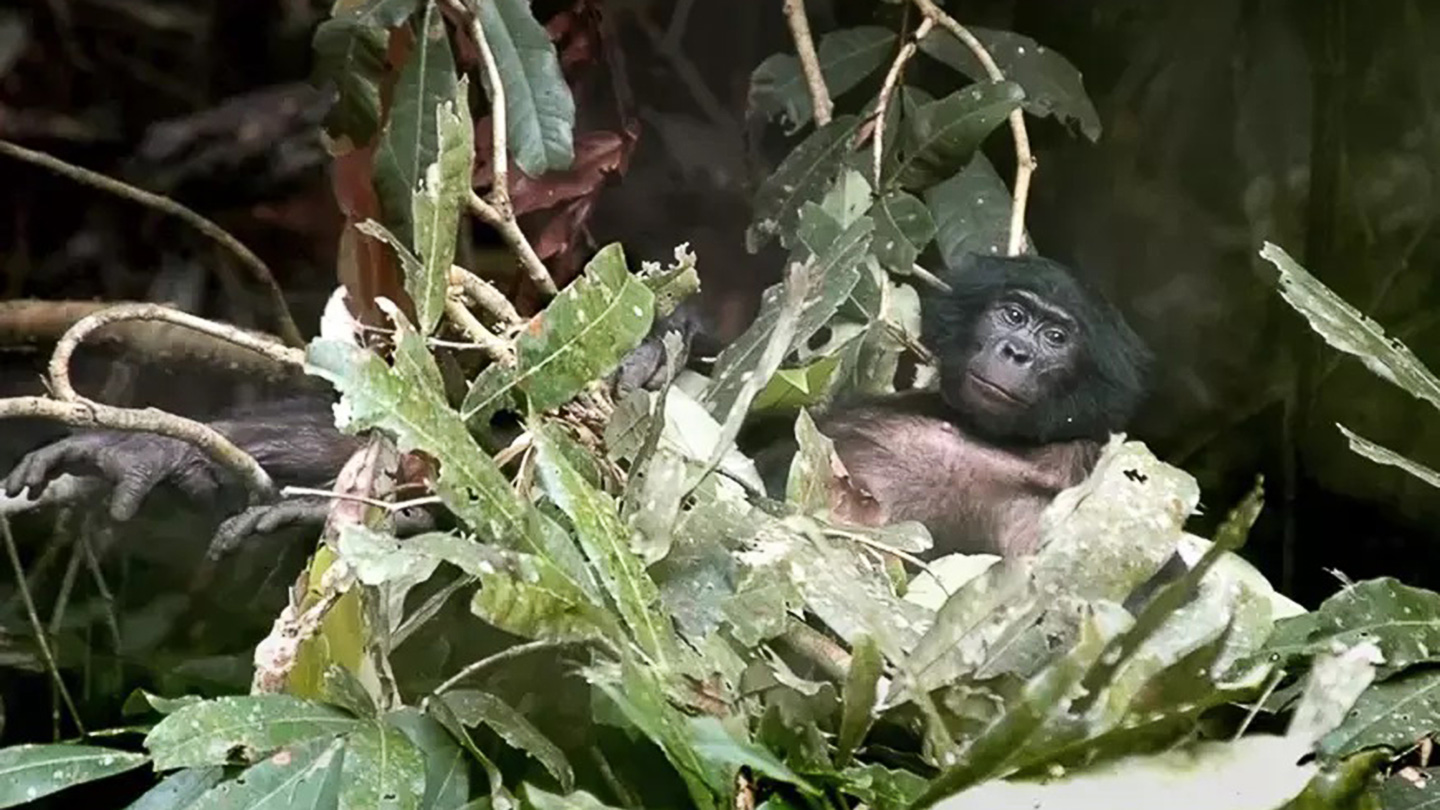 Climate change may be leading to overcounts of endangered bonobos


Climate change is interfering with how researchers count bonobos, possibly leading to gross overestimates of the endangered apes, a new study suggests.

Like other great apes, bonobos build elevated nests out of tree branches and foliage to sleep in. Counts of these nests can be used to estimate numbers of bonobos — as long as researchers have a good idea of how long a nest sticks around before it’s broken down by the environment, what’s known as the nest decay time.

New data on rainfall and bonobo nests show that the nests are persisting longer in the forests in Congo, from roughly 87 days, on average, in 2003–2007 to about 107 days in 2016–2018, largely as a result of declining precipitation. This increase in nests’ decay time could be dramatically skewing population counts of the endangered apes and imperiling conservation efforts, researchers report June 30 in PLOS ONE.

“Imagine going in that forest … you count nests, but each single nest is around longer than it used to be 15 years ago, which means that you think that there are more bonobos than there really are,” says Barbara Fruth, a behavioral ecologist at the Max Planck Institute of Animal Behavior in Konstanz, Germany.

Lowland tropical forests, south of the Congo River in Africa, are the only place in the world where bonobos (Pan paniscus) still live in the wild (SN: 3/18/21). Estimates suggest that there are at least 15,000 to 20,000 bonobos there. But there could be as many as 50,000 individuals. “The area of potential distribution is rather big, but there have been very few surveys,” Fruth says.

From 2003 to 2007, and then again from 2016 to 2018, Fruth and colleagues followed wild bonobos in Congo’s LuiKotale rain forest, monitoring 1,511 nests. “The idea is that you follow [the bonobos] always,” says Mattia Bessone, a wildlife researcher at the Liverpool John Moores University in England. “You need to be up early in the morning so that you can be at the spot where the bonobos have nested, in time for them to wake up, and then you follow them till they nest again.”

In doing so, day after day, Fruth, Bessone and colleagues were first able to understand how many nests a bonobo builds in a day, what’s known as the nest construction rate. “It’s not necessarily one because sometimes bonobos build day nests,” Bessone says. On average, each bonobo builds 1.3 nests per day, the team found.

Tracking how long these nests stuck around revealed that the structures were lasting an average of 19 days longer in 2016–2018 than in 2003–2007. The researchers also compiled fifteen years of climate data for LuiKotale, which showed a decrease in average rainfall from 2003 to 2018. That change in rain is linked to climate change, the researchers say, and helps explain why nests have become more resilient.

By counting the numbers of nests and then dividing that number by the product of the average nest decay time and nest construction rate, scientists can get an estimate of the number of bonobos in a region. But if researchers are using outdated, shorter nest decay times, those estimates could be severely off, overestimating bonobo counts by up to 50 percent, Bessone says.

“The results are not surprising but also highlight how indirect (and therefore prone to errors) our methods of density estimates of many species are,” Martin Surbeck, a behavioral ecologist at Harvard University, wrote in an e-mail.

Technologies such as camera traps can be used to directly count animals instead of using proxies like nests and are the way forward for animal population studies, researchers say. But until those methods become more common, nest counts remain vital for scientists’ understanding of bonobo numbers.

This phenomenon is probably not limited to bonobos. All great apes build nests, and nest counts are used to estimate those animals’ numbers too. So, the researchers say, the new results could have implications for the conservation of primates far beyond bonobos.