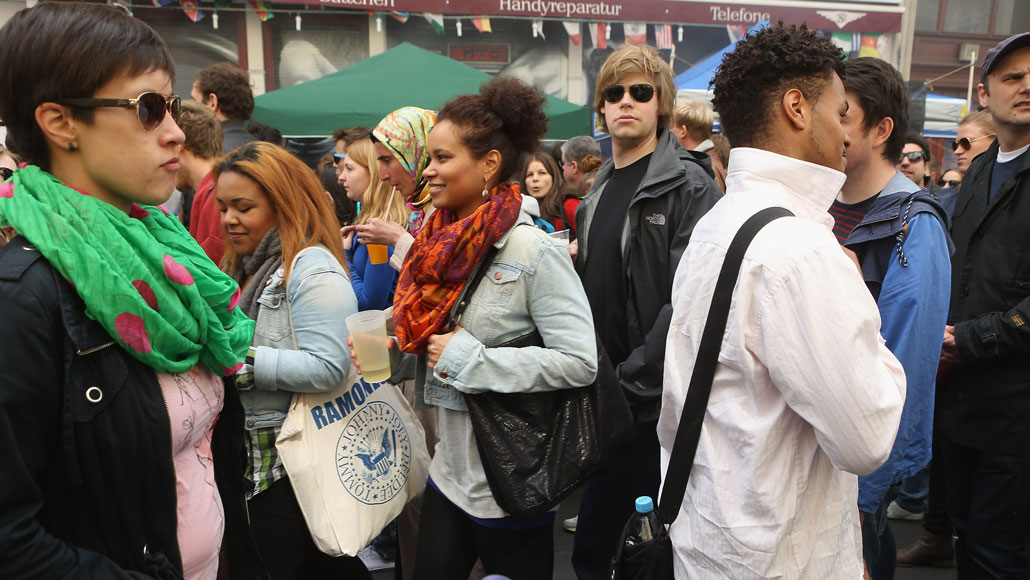 Only a tiny fraction of our DNA is uniquely human


The genetic tweaks that make humans uniquely human may come in small parcels interspersed with DNA inherited from extinct ancestors and cousins.

That humans-only DNA, scattered throughout the genome, tends to contain genes involved in brain development and function, hinting that brain evolution was important in making humans human. But the researchers don’t yet know exactly what the genes do and how the exclusively human tweaks to DNA near those genes may have affected brain evolution.

“I don’t know if we’ll ever be able to say what makes us uniquely human,” says Emilia Huerta-Sanchez, a population geneticist at Brown University in Providence, R.I., who was not involved in the study. “We don’t know whether that makes us think in a specific way or have specific behaviors.” And Neandertals and Denisovans, both extinct human cousins, may have thought much like humans do (SN: 2/22/18).

The results don’t mean that individual people are mostly Neandertal or Denisovan, or some other mix of ancient hominid. On average, people in sub-Saharan Africa inherited 0.096 percent to 0.46 percent of their DNA from ancient interbreeding between their human ancestors and Neandertals, the researchers found (SN: 4/7/21). Non-Africans inherited more DNA from Neandertals: about 0.73 percent to 1.3 percent. And some people inherited a fraction of their DNA from Denisovans as well.

Using a new computational method, researchers at the University of California, Santa Cruz examined every spot of DNA in the genomes of 279 people. The team compiled results from those individual genomes into a collective picture of the human genome. For each spot, the team determined whether the DNA came from Denisovans, Neandertals or was inherited from a common ancestor of humans and those long-lost relatives.

Although each person may carry about 1 percent Neandertal DNA, “if you look at a couple hundred people, they mostly won’t have their bit of Neandertal DNA in the same place,” says Kelley Harris, a population geneticist at the University of Washington in Seattle who wasn’t involved in the work. “So if you add up all the regions where someone has a bit of Neandertal DNA, that pretty soon covers most of the genome.”

In this case, about 50 percent of the collective genome contains regions where one or more people inherited DNA from Neandertals or Denisovans, the researchers discovered. Most of the rest of the genome has been passed down from the most recent common ancestor of humans and their extinct cousins. After whittling away the ancient heirloom DNA, the team looked for regions where all people have human-specific tweaks to DNA that no other species have. That got the estimate of uniquely human DNA down to anywhere between 1.5 percent and 7 percent of the genome.

The finding underscores just how much interbreeding with other hominid species affected the human genome, says coauthor Nathan Schaefer, a computational biologist now at the University of California, San Francisco. The researchers confirmed previous findings from other groups that humans bred with Neandertals and Denisovans, but also with other extinct, unknown hominids (SN: 2/12/20). It’s not known whether those mysterious ancestors are the groups that included “Dragon Man” or Nesher Ramla Homo, which may be closer relatives to humans than Neandertals (SN: 6/25/21; SN: 6/24/21). And the mixing and mingling probably happened multiple times between different groups of humans and hominids, Schaefer and colleagues found.

The estimate of the amount of uniquely human DNA doesn’t take into account places where humans have gained DNA through duplication or other means, or lost it, says James Sikela, a genome scientist at the University of Colorado Anschutz Medical Campus in Aurora who wasn’t involved in the study (SN: 8/6/15). Such extra or missing DNA may have allowed humans to evolve new traits, including some involved in brain evolution (SN: 3/9/11; SN: 2/26/15).

Ancient DNA usually has been degraded into tiny fragments and researchers have pieced together only portions the genomes from extinct hominids. The fragmented genomes make it difficult to tell where big chunks of DNA may have been lost or gained. For that reason, the researchers studied only small tweaks to DNA involving one or more DNA bases — the information-carrying parts of the molecule. Given that humans and Neandertals went their separate evolutionary ways relatively recently, it’s not surprising that only 7 percent or less of the genome has evolved the uniquely human tweaks, Sikela says. “I’m not shocked by that number.” Considering DNA that humans alone have added to their genomes might produce a higher estimate of exclusively human DNA, he says.

Or it could go the other way. As more genomes are deciphered from Neandertals, Denisovans and other extinct hominids, researchers may discover that some of what now seems like uniquely human DNA was also carried by those extinct relatives, Harris says. “This estimate of the amount of uniquely human regions is only going to go down.”