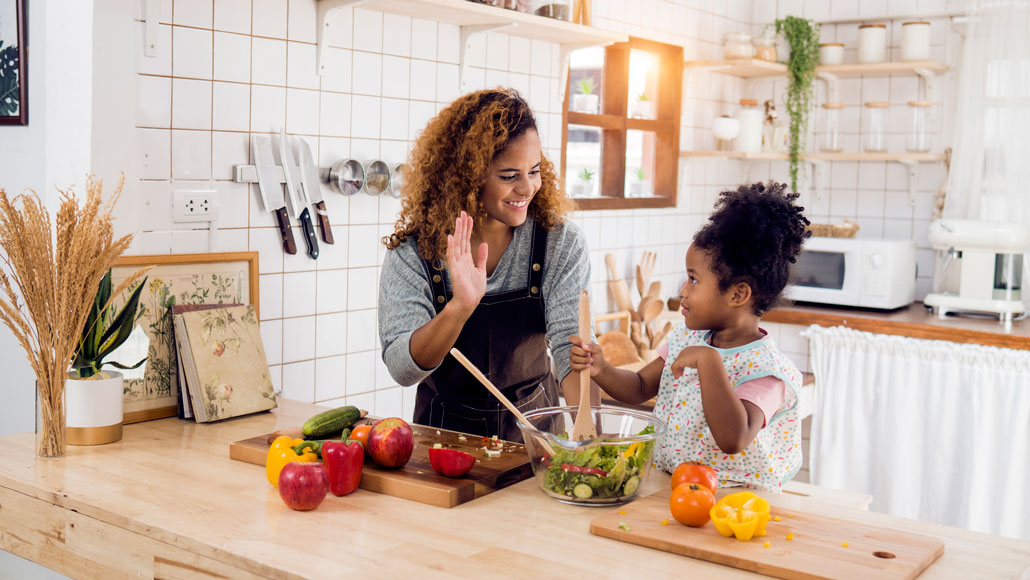 Parenting time gap between middle- and working-class moms has shrunk


Time is a finite resource. So it’s not entirely surprising that after decades of ramping up time spent on parenting, some well-educated mothers appear to have run out of extra minutes. Meanwhile, some less-educated moms have continued increasing their own parenting hours, a new study finds.

As a result, a long-standing, class-related gap in mothers’ parenting time has shrunk, researchers report in the June 1 Demography. Specifically,the gap in time spent parenting between college-educated mothers versus mothers without a high school degree shrank by 57 percent, on average — from 44 minutes per day in the early 2000s to 19 minutes per day in the late 2010s.

“Intensive parenting is no longer a middle-class phenomenon. It’s diffused across all groups,” says sociologist Jennifer Augustine of the University of South Carolina in Columbia.

Time-intensive parenting seems to stem from inequality, or parents’ fears that their children will fall behind their peers absent such an approach, says Patrick Ishizuka, a sociologist at Washington University in St. Louis in Missouri, who was not involved in the new research. Ishizuka showed in the September 2019 Social Forces that parents across the socioeconomic spectrum consider deep investment in children the parenting ideal.

In the new study, Augustine and family sociologist Kate Prickett of Victoria University of Wellington in New Zealand evaluated data from the American Time Use Survey, an annual evaluation collected by the U.S. Census Bureau that measures the amount of time people spend doing various activities, including child care or paid work.

Zooming in on women living with children under age 13, the researchers compared the time spent parenting among 8,748 mothers in the 2003 to 2005 surveys with 5,007 mothers in the 2015 to 2017 surveys. Parenting activities included reading, arts and crafts, homework, driving to and from extracurricular activities, basic care, such as feeding and dressing, and the time mothers spent on behalf of children, such as researching summer camps.

The narrowing of the parenting time gap arose entirely from changes in parenting time among mothers working part time or not at all, the researchers found. For instance, nonworking mothers without a high school degree spent, on average, 120 minutes per day parenting in the earlier surveys. That time jumped to 150 minutes in the later surveys — a 24 percent increase. For these mothers’ counterparts who worked full-time, however, the amount of time spent parenting stayed roughly the same, around an hour a day.

Several reasons underlie these trends, Augustine suggests. For instance, less-educated women doing full-time shift work may simply lack more minutes to give their children, but their counterparts who are working fewer hours could be striving to meet intensive parenting ideals. Adding parenting time, however, also translated to mothers having less time for themselves, the researchers found. They worry that could harm the mothers’ well-being (SN: 3/29/21).

Time-use surveys provide a powerful tool to measure changes in parenting time, Ishizuka says. But a diary focused on parents’ time use, but not kids’, will miss key components of contemporary family life, such as extracurricular activities aimed at cultivating children’s talents.

Sociologist of education Frederick de Moll of the University of Luxembourg also wonders about what activities well-educated mothers are excising. “If [well-educated mothers] have a nanny, she can do the feeding, she can do the dressing, maybe even take the child to a doctor. Then, the mother is cutting back on that time but is not cutting back on educational activities,” he says.

The new results hint at the possibility that well-educated mothers are outsourcing aspects of parenting. For instance, the researchers found that the decline in child-care time was bigger for nonworking, college-educated mothers of young children than older children. The data cannot reveal where young children go during that time, but other research has shown that middle-class mothers’ role has recently evolved, Augustine says. “We see this shift away from good parenting being defined as the woman doing all this intensive labor … and shifting towards delegating that work to someone else.”

In other words, the gap in mothering time may be shrinking between less-educated and well-educated moms. But well-educated mothers may still be leveraging their resources to give their kids an educational leg up in life, while protecting their finite time.