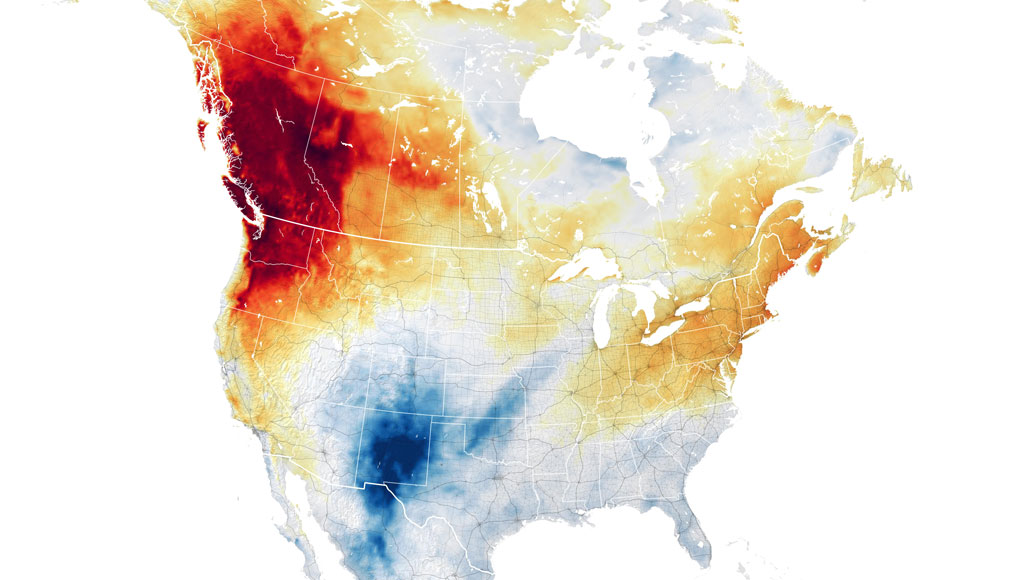 
The deadly heat wave that baked the Pacific Northwest in late June would have been “virtually impossible” without human-caused climate change, an international team of scientists announced July 7.

In fact, the temperatures were so extreme — Portland, Ore., reached a staggering 47° Celsius (116° Fahrenheit) on June 29, while Seattle surged to 42° C (108° F) — that initial analyses suggested they were impossible even with climate change, Geert Jan van Oldenborgh, a climate scientist with the Royal Netherlands Meteorological Institute in De Bilt, said at a news conference to announce the team’s findings. “This was an extraordinary event. I don’t know what English word covers it.”

Climate change due to greenhouse gas emissions made the region’s heat wave at least 150 times more likely to occur, the team found. As emissions and global temperatures continue to rise, such extreme heat events could happen in the region as often as every five to 10 years by the end of the century.

It’s not just that numerous temperature records were broken, van Oldenborgh said. It’s that the observed temperatures were so far outside of historical records, breaking those records by as much as 5 degrees C in many places — and a full month before usual peak temperatures for the region. The observations were also several degrees higher than the upper temperature limits predicted by most climate simulations for the heat waves, even taking global warming into account.

Coming just about a week after the heat wave broke, the new study is the latest real-time climate attribution effort by scientists affiliated with the World Weather Attribution network. Van Oldenborgh and University of Oxford climate scientist Friederike Otto founded the group in 2014 to conduct quick analyses of extreme events such as the 2020 Siberian heat wave (SN: 7/15/20).

In the current study, 27 researchers focused on how the observed temperatures from June 27 to June 29 compared with annual maximum temperatures over the last 50 years for locations across the northwestern United States and southwestern Canada. The team then used 21 different climate simulations of temperatures to analyze the intensity of such a heat wave in the region with and without the influence of greenhouse gas warming.

That poses a real danger. The late June heat wave took a painful toll (SN: 6/29/21), killing several hundred people — “almost certainly” an underestimate, the researchers say. On June 29, Lytton, a small village in British Columbia, set an all-time Canadian temperature record of 49.6° C (121.3° F). The heat may have exacerbated wildfires that, a day later, swept through British Columbia’s Fraser Canyon region, burning 90 percent of the village, according to local officials. Meanwhile, the U.S. West and southwestern Canada are already bracing for another round of soaring temperatures.

One possible reason for the startling intensity of this heat wave is that, while climate change amped up the temperatures, what happened was still a very rare, unlucky event for the region. How rare isn’t easy to say, given that the observed temperatures were so far off the charts, the researchers say. Under current climate conditions, simulations suggest that such a heat wave might occur once every 1,000 years — but these events will become much more common in future as the climate changes.

Another possibility is grimmer: Climate simulations may not accurately capture what really happens during extreme heat waves. “Climate science has been a bit complacent” about simulating heat waves, assuming that heat wave temperatures would increase linearly along with rising global temperatures, Otto said. But now, Earth’s climate system may have entered a new state in which other climatic factors, such as drier soils or changes to jet stream circulation, are exacerbating the heat in more difficult-to-predict, less linear ways.

The new study didn’t seek to determine which of these possibilities is true, though the team plans to tackle this question over the next few months. However, many scientists have already noted the inability of current climate models to capture what’s really going on.

“I agree that it is virtually impossible that the [Pacific Northwest] heat wave would have occurred with the observed intensity in the absence of climate change,” Michael Mann, a climate scientist at Penn State who wasn’t involved in the attribution study, commented via e-mail. “But the models used don’t capture the jet stream phenomenon … that WE KNOW played an important role in this event.”

Disproportionate warming of the Arctic region alters temperature gradients high in the atmosphere, which can lead to a wavier jet stream, Mann wrote in the New York Times June 29. That waviness can exacerbate and prolong extreme weather events, such as the heat dome centered over the Pacific Northwest in late June.

This recent heat wave wasn’t just a major disaster, but also posed major scientific questions, van Oldenborgh said. Such an event “would have been judged impossible last year. All of us have just dialed down our certainty of how heat waves behave,” he added. “[We] are much less certain of how the climate affects heat waves than we were two weeks ago.”