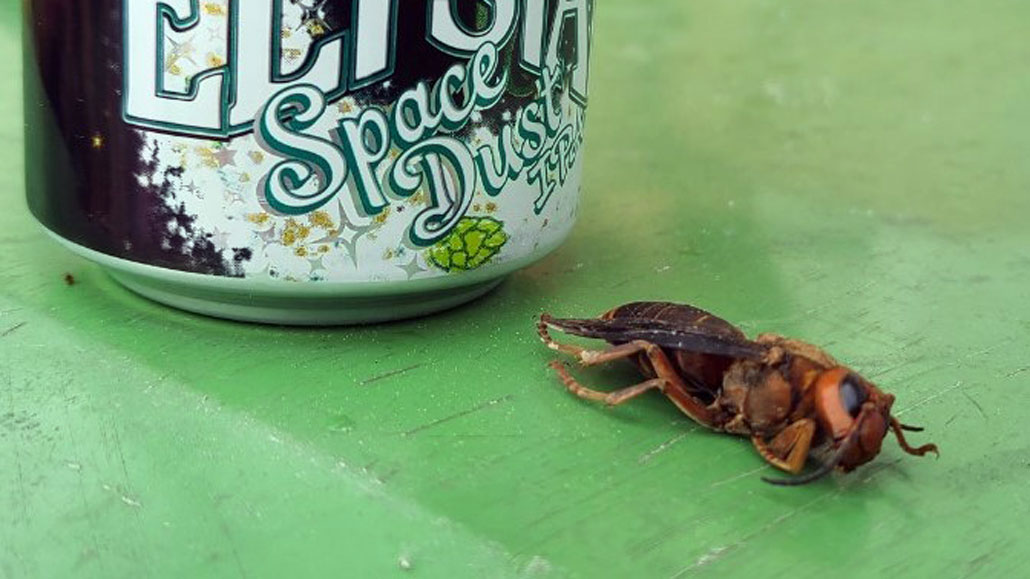 Focusing on ‘murder hornets’ distorts the view of invasive species

The first of these invasive hornets found in North America in 2021, in June, was probably not from a nest made this year, scientists say. So that find doesn’t say how well, or if, the pests might have survived the winter. Yet that hornet shows quite well the relentless risk of newly arriving insects.

That initial specimen, a “crispy” dead male insect lying on a lawn in Marysville, Wash., belongs to the hefty species Vespa mandarinia. Nicknamed murder hornets, these were detected flying loose in Canada for the first time in 2019 and in the United States in 2020 (SN: 5/29/20). Yet the “dry, crispy” male is not part of known hornet invasions, said entomologist Sven Spichiger at a news conference on June 16.

Testing shows the male “is definitely not the same genetic line as the ones we have found,” said Spichiger, of the Washington State Department of Agriculture in Olympia. Neither the U.S. finds, until now all from Washington’s Whatcom County, nor British Columbia’s on the other side of the border are closely related to the newfound hornet. It’s a separate incursion no one had noticed until now.

This oddball new specimen may help correct the skewed impression that sneaky invasive arrivals are rare. The hornets’ appearance in North America may have been a shock to some, but in reality, worrisome insects show up often, and will probably keep doing so. Fortunately making a permanent home is harder than getting here, scientists say.

When news of the Asian giant hornets’ arrival first broke in 2019, one of the people who was not at all surprised at a foreign species was entomologist Doug Yanega of the University of California, Riverside. “It is very fair to say that there are many invasive species,” he emphasizes. “We just got a new African mantis species in California this past year in LA, and the expectation is that it is likely to spread.”

But even alarming pest arrivals rarely kick up the fuss prompted by Asian giant hornets. At a peak in hornet news during May 2020, Yanega contrasted the new intruders with the South American palm weevil (Rhynchophorus palmarum). That big weevil had reached southern California and could “wipe out every palm tree in the state,” according to Yanega. Yet, “there have been ZERO [national] mainstream media reports about this, an insect that seriously threatens to have a VASTLY greater negative impact on the economy and our way of life than those hornets ever will,” he fumed in an e-mail.

That relentless influx of invading insects may be one reason so few make it into the general news. For instance, U.S. Customs and Border Protection reported 31,785 incidents detecting some pest just for fiscal year 2020.

For 2021, to pick just one example of worrisome arrivals that have not gone viral, inspectors at Washington Dulles International Airport in Virginia and later at Baltimore/Washington International noticed little brown pests called Khapra beetles (Trogoderma granarium) in Basmati rice and then in dried cow peas that travelers were trying to bring in from abroad. Officials banned the contaminated foodstuffs.

The Dulles contraband had the bigger number of living insects: 12 larvae and four adults. Even that tiny number of tiny insects was unacceptable. This is the only insect species that U.S. customs officials act upon even when all specimens are found dead. The beetles nibble stored seeds but will also soil the goods with stray body parts and hairs that can make human babies fed dirty grain quite sick and adults uncomfortable. In 1953, a major California effort started to stamp out infestations of Khapra beetles and eventually preserved crop marketability. But the effort was expensive, costing the equivalent of about $90 million in today’s economy.

Beetles aside, menacing hornets of other species have shown up before the latest Asian giants, says Paul van Westendorp, an apiculture specialist who now strategizes British Columbia’s fight against V. mandarinia. In May 2019, just months before the discovery of an Asian giant hornet’s arrival, a V. soror hornet appeared in Canada. It was “alive, but not for long,” van Westendorp says. “I had a chance to admire that specimen.” Not a frail beast, this species hunts down other insects and has been reported to catch prey as large as a gecko. V. soror looks very much like a V. mandarinia, he says.

Even Asian giant hornets themselves have turned up at least once in the United States before 2020. An inspector in 2016 flagged a package coming into the San Francisco airport holding a papery insect nest but not mentioning insects on the label. The nest held Asian giant hornet larvae and pupae, some still alive when discovered. These and other species of hornets, including the ominously named V. bellicosa, accounted for about half of the 50 interceptions of hornets and yellow jackets flagged from 2010 to 2018 at U.S. ports of entry, researchers reported in 2020 in Insect Systematics and Diversity.

Only some stowaways will manage to make permanent homes in new territory. Of these, the real troublemakers seem to be a minority. For instance, out of 455 plant-attacking insects that settled into forests in the continental United States, 62 cause noticeable damage, according to a 2011 tally from U.S. Forest Service researcher Juliann Aukema and colleagues. Even a few rampaging invasive pests, though, can get expensive. Biologists are throwing themselves into the fight.

Relentless as the onslaught of unwanted arrivals is, there’s hope for stamping out the more noticeable invasions if caught early. Vespa hornets are “very large-bodied and obvious, so people will see them,” says entomologist Lynn Kimsey of the University of California, Davis, one of the authors of the 2020 hornet overview. A Vespa affinis nest showed up in San Pedro, in Southern California at least a decade ago. However, she says, “it was killed and there’s been no sighting of the species since, as far as I’ve heard.”

Catching such intrusions early isn’t always easy, however. The port of Oakland takes in about 1 million shipping containers from overseas a year, but at best U.S. Department of Agriculture inspectors can check maybe only 10 percent for stowaway insects, Kimsey says. Add to this all the cargo coming into Long Beach, San Diego and the other West Coast ports — plus all the cargo jets. “What’s amazing is that we don’t see more invasives,” she says. “I think this tells you how hard it is for exotic species to get established.”

They’ll keep arriving though. All the more reason to keep an eye out for something funny on the lawn, even if it’s just a withered nugget.