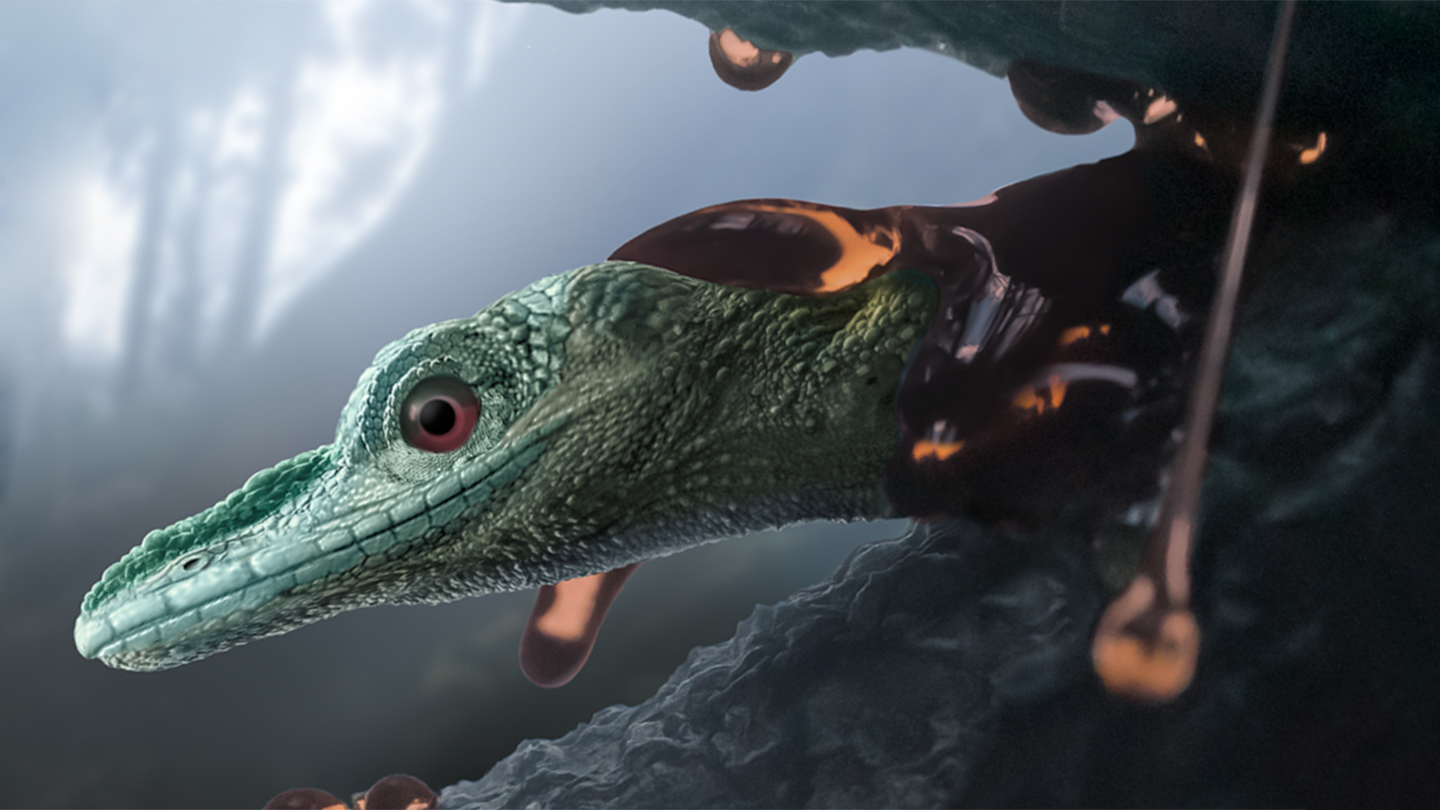 
A tiny creature caught in amber 99 million years ago isn’t the smallest dinosaur ever found. It is actually a lizard — albeit a really bizarre one, researchers report June 14 in Current Biology.

Over the last year, scientists have puzzled over the nature of the strange, hummingbird-sized Oculudentavis khaungraae, a fossil found in amber deposits in northwestern Myanmar. The fossil consists of only a birdlike, rounded skull with a slender tapering snout and a large number of teeth in its mouth, along with a lizardlike eye socket, deep and conical. The birdlike features led one team of scientists to identify the fossil as a miniature dinosaur — the smallest ever found (SN: 3/11/20).

But other scientists weren’t so sure. Another analysis of O. khaungraae’s strange assemblage of features suggested it looked rather more like a weird lizard.

Now, a third team of scientists reports the discovery of a second amber fossil that so closely resembles O. khangraae as to belong to the same genus. And the new specimen, dubbed O. naga, includes parts of the lower body that clearly reveal the members of genus Oculudentavis to be lizards, say paleontologist Arnau Bolet of the Institut Català de Paleontologia Miquel Crusafont in Barcelona and colleagues.

The researchers used CT scans to examine both specimens. Oculudentavis’ lizardlike features include scales, teeth attached to its jawbone directly rather than in sockets (as dinosaur teeth were) and a particular skull bone unique to squamates, or scaled reptiles.

Still, the creatures were markedly different from all other known lizards in their unusual combination of features, such as the rounded skulls and long tapering snouts, the researchers say — probably representing a previously unknown group of lizards.