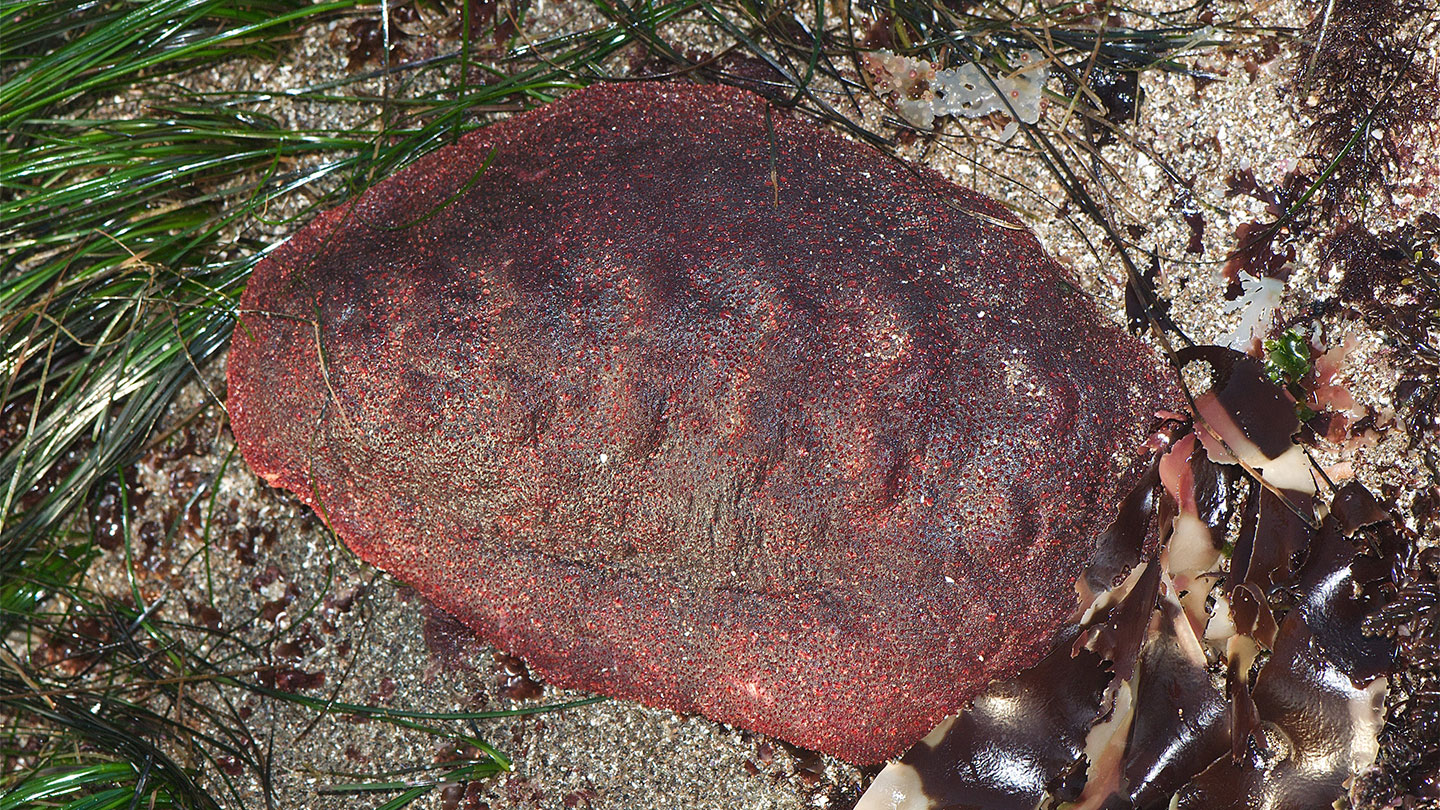 
The hard, magnetic teeth of a leathery red-brown mollusk nicknamed “the wandering meatloaf” possess a rare mineral previously seen only in rocks. The mineral may help the mollusk — the giant Pacific chiton (Cryptochiton stelleri) — meld its soft flesh to the hard teeth it uses for grazing on rocky coastlines, researchers report online May 31 in Proceedings of the National Academy of Sciences.

C. stelleri is the world’s largest chiton, reaching up to roughly 35 centimeters long. It is equipped with several dozen rows of teeth on a slender, flexible, tonguelike appendage called a radula that it uses to scrape algae off rocks. Those teeth are covered in magnetite, the hardest, stiffest known biomineral to date: It’s as much as three times as hard as human enamel and mollusk shells.

Materials scientist Derk Joester and colleagues analyzed these teeth using high-energy X-rays from the Advanced Photon Source at Argonne National Laboratory in Lemont, Ill. They discovered that the interface between the teeth and flesh contained nanoparticles of santabarbaraite, an iron-loaded mineral never seen before in a living organism’s body.

These nanoparticles help the underpinnings of the teeth vary in hardness and stiffness by at least a factor of two over distances of just several hundred micrometers — a few times the average width of a human hair. Such variations let these structures bridge the hard and soft parts of the mollusk’s body. Now that santabarbaraite has been found in one organism, the researchers suggest looking for it in insect cuticles and bacteria that sense magnetic fields.

Using nanoparticles of a mineral similar to santabarbaraite, the scientists also 3-D printed strong, light materials with a range of hardness and stiffness. These composites might find use in soft robotics, including marrying soft and hard parts in bots that can squirm past obstacles that conventional robots cannot given their rigid parts, says Joester, of Northwestern University in Evanston, Ill.