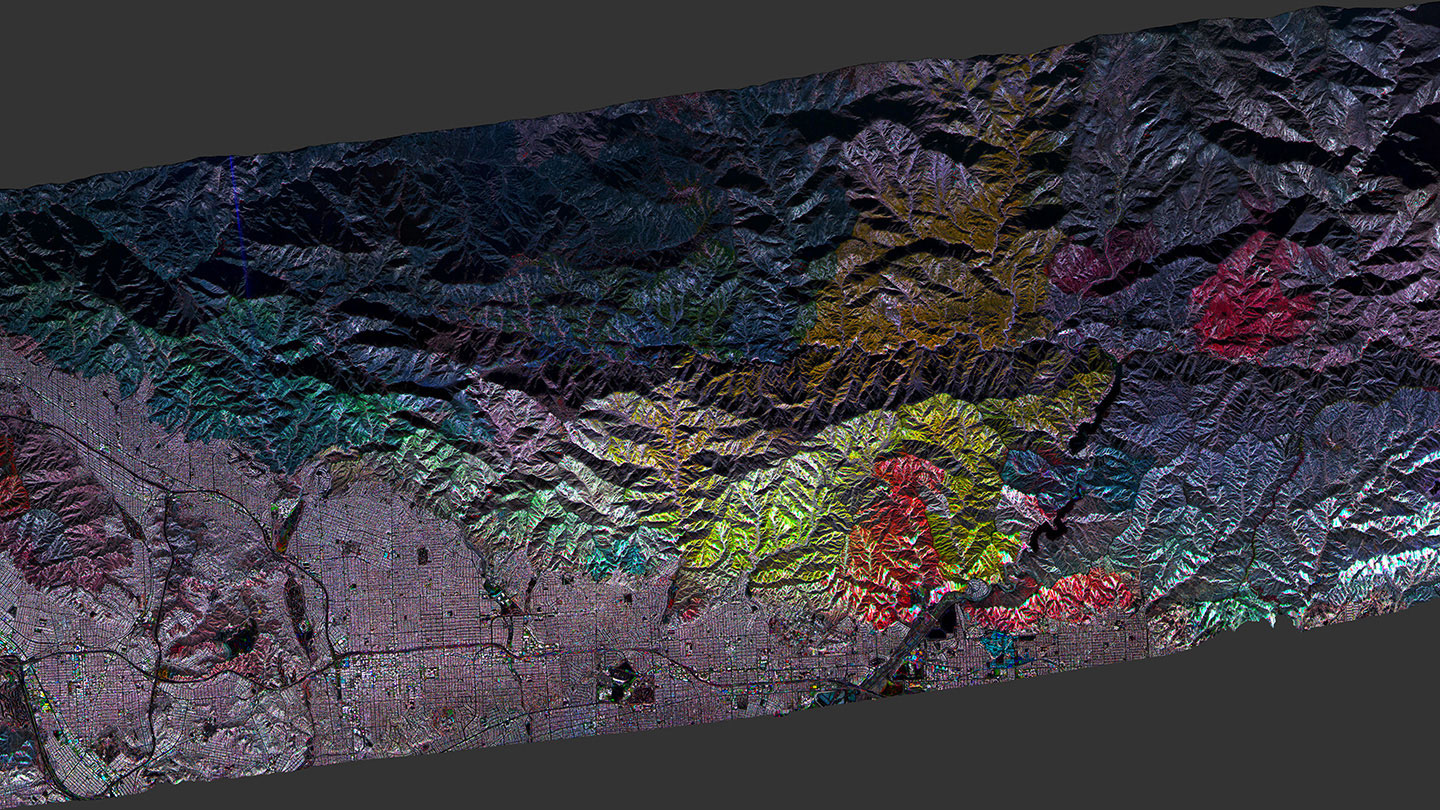 
Each year in California, thousands of wildfires ravage hundreds of thousands of hectares of land. Deciphering how well large swaths of vegetation recover over time can be tough from the ground. New radar maps now reveal the patchwork of plant destruction and regrowth in the wake of more than a decade of fires in Angeles National Forest and other areas near Los Angeles.

A NASA research plane equipped with radar instruments, known as UAVSAR, flew over Southern California multiple times from 2010 to 2020 to produce a detailed map of the terrain below. By sending microwave pulses toward the Earth’s surface and measuring the signals that bounce back, the instruments can detect changes of a few millimeters in surface height. They’re also sensitive to moisture, says Yunling Lou, a radar engineer at NASA’s Jet Propulsion Laboratory in Pasadena, Calif. The resulting maps can distinguish areas with trees and shrublike chapparal from bare earth.

Lou and her colleagues are developing an approach to color-code the maps by year to track large-scale changes in vegetation and monitor the recovery of forests and shrubland after destructive wildfires. Areas with vegetation show up as red in 2010, green in 2017 and blue in 2020. When the three maps are laid atop each other, they tell a story of loss and regrowth. For instance, the 2016 Fish Fire destroyed vegetation that was present in 2010 and didn’t grow back by 2017 or 2020, so it still appears red in a composite map. The area affected by the 2020 Bobcat Fire appears in yellow: Vegetation was present in 2010 and 2017 (red and green combine to make yellow) but not 2020.

“So much of the Angeles National Forest was impacted by fire at some point and you have patches that are in different stages of regeneration,” says Naiara Pinto, a landscape ecologist at JPL. The color-coding method could allow researchers to identify factors, such as vegetation and soil types, that affect why distinct areas regenerate at different speeds. Such maps could also potentially be used to identify burned regions without vegetation and at risk for landslides.

The team is continuing to develop additional ways to use data collected by UAVSAR. The radar can also penetrate smoke or clouds, potentially allowing it to track wildfires in real time to assist firefighters actively fighting blazes.