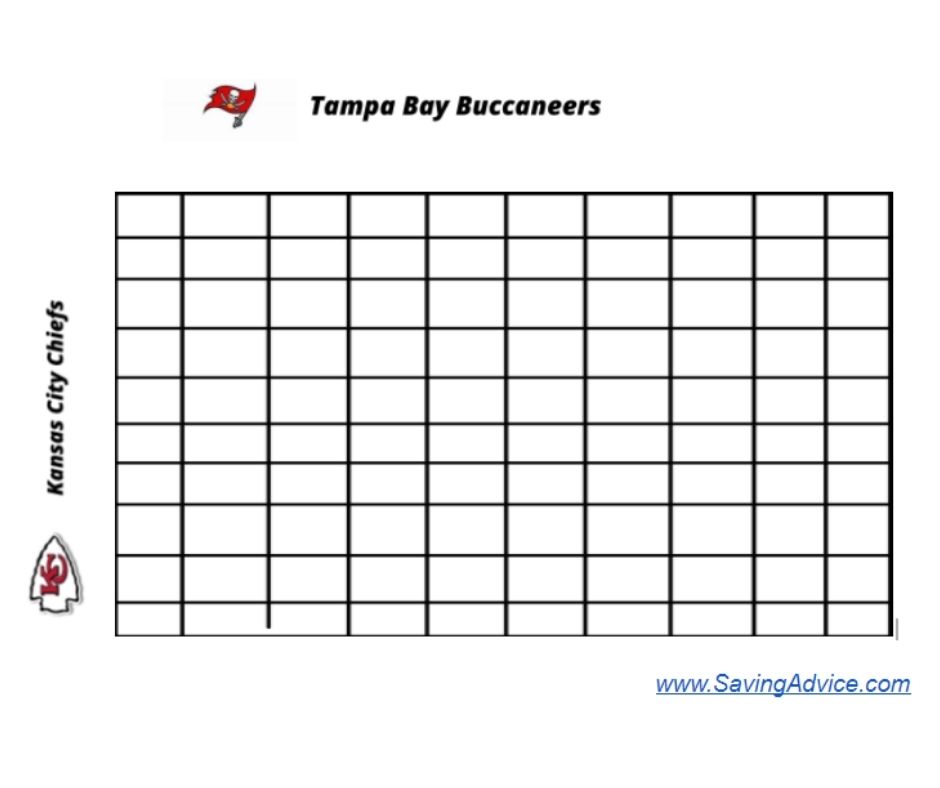 How to Win Super Bowl Squares During the 2020 Game

The big game is just around the corner. It won’t be long before you’re sitting in front of your TV watching the Tampa Bay Buccaneers and Kansas City Chiefs playing Super Bowl LV to see who becomes the 2021 champion. You may even have put a pool together for the game with money or alternate prizes for some added fun. Here’s how to win Super Bowl squares (or at least better your odds).

If you participate in Super Bowl football squares pool and it’s done correctly, there really isn’t any way to better your odds of winning. This is because the numbers for the game will be randomly assigned after all of the spaces in the game have been filled. This will mean that nobody knows which numbers they have until after they have already chosen squares. This ensures that those who receive the most coveted spaces do so randomly. 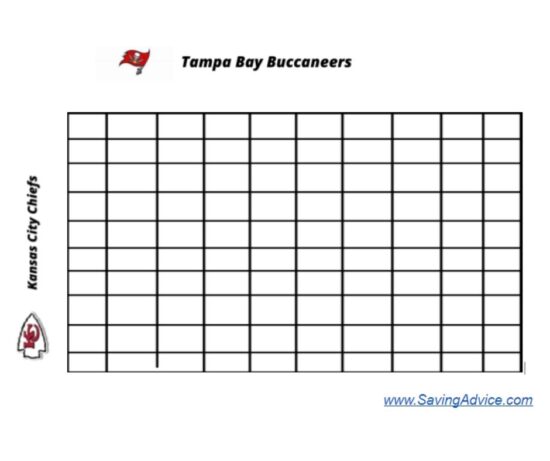 How to Win Super Bowl Squares

The key is that there’s no way to better the odds if the game is set up correctly. The reason that many times it’s possible to better your odds is that often these games aren’t set up correctly. You can do this by understanding the odds of what number combinations are most likely to appear from past Super Bowls. By knowing the number combinations with the greatest chance of appearing, you can choose those slots giving you a distinct advantage over those who join the pool later or don’t understand that some squares are much more likely to win than others.

When football squares are set up correctly, all participants must choose their square (among the white squares from the image above) before the 0 – 9 numbers for both teams are written (the grey squares in the above image). The mistake that happens more often than it should is that the 0 – 9 numbers are filled in before people choose their squares. When this happens, you can choose squares that are much more likely to pay than those that aren’t because you know exactly where they are. Even if you know nothing about football, you have a good chance of winning by knowing the numbers most likely to appear. Here are the numbers you need to know:

Take Note of This And Good Luck!

By understanding that the 0-0 square (or any of the others mentioned above) is much more likely to appear sometime during the game than the 2-2 square (or any other square not mentioned above), you can greatly increase the chance that you’ll win one of the prizes given away. It’s important to note that these are the odds, and that doesn’t mean the above numbers are guaranteed to win. They simply suggest that going by past Super Bowl games, which numbers are much more likely to appear and which aren’t.

With the above knowledge, you could take advantage of any game put together where the 0-9 numbers have already been written on the sheet before filling in your square(s) and increase the likelihood of winning. A better course of action, at least in my opinion, would be to point out the flaw in the way the game has been set up. The game can then be properly set up so that it’s random and nobody has an advantage over anyone else when the numbers are chosen.

More from BusinessMore posts in Business »