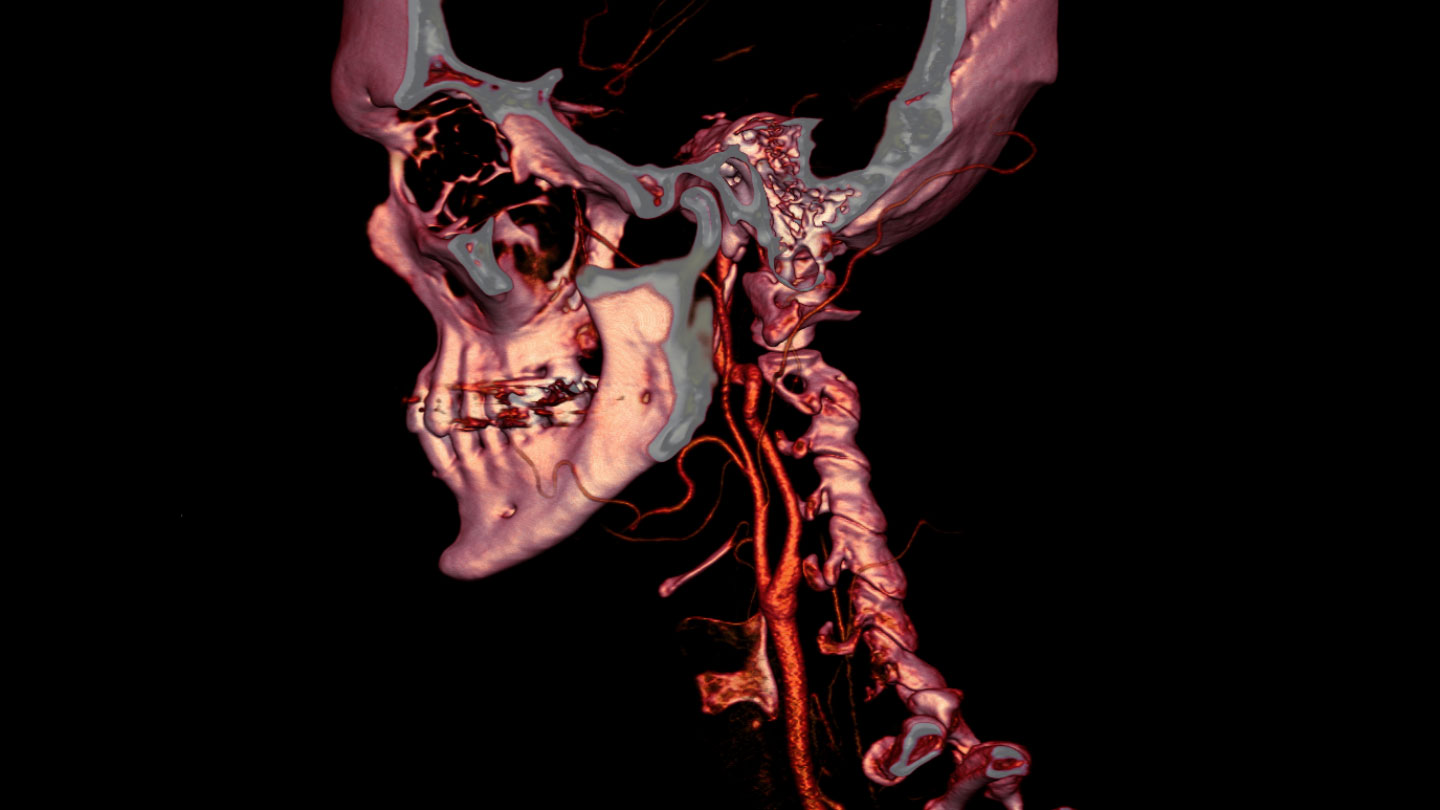 One grainy, gray-scale image of a brain changed science and medicine forever.

Half a century ago, the first CT image of a patient lifted the veil of invisibility that cloaks the interior of the human body, providing scientists a window on our innards unlike any before.

Today, doctors in the United States alone order more than 80 million scans per year. X-ray computed tomography, or CT, is frequently the quickest way of getting a handle on what’s causing a mysterious woe. CT scans can ferret out heart disease, tumors, blood clots, fractures, internal bleeding and more. The technique can give surgeons a heads-up about what they will encounter inside a patient, and guide treatment for cancer and other diseases.

“It answers so many questions quickly. That’s why it’s used,” says medical physicist Cynthia McCollough of the Mayo Clinic in Rochester, Minn.

A CT scan involves thousands of X-ray measurements taken from multiple angles. Here’s how it works: A source of X-rays rotates around the body, sending a beam of radiation through bone, blood and tissue, while rotating detectors measure the beam that makes it through.

Different materials in the body absorb X-rays differently. The calcium in bone vigorously sops up X-rays, for example, while soft tissues absorb less. So when the data collected by the detectors are stitched together by a computer, it can form a cross-sectional view of what’s inside based on where X-rays are absorbed more or less. Moving the table holding the patient so that the X-ray beam and detectors slide along the body enables 3-D reconstructions of organs and other parts.

Over the years, scientists have continually improved the technology, making it faster and higher resolution, and cutting the amount of radiation that patients receive. These improved CT scans have painted ever more detailed landscapes of the human body. It’s hard not to marvel at the beauty of the inner world that the scans bring to the surface.

Here’s a look back at some of the major advances in CT scans over the last 50 years.

The CT scan is born

In 1971, radiologist James Ambrose at Atkinson Morley Hospital in London performed the first CT scan of a patient in collaboration with engineer Godfrey Hounsfield, the technology’s inventor. Hounsfield worked for the British electronics company EMI, best known for its role as the record company for the Beatles.

The scan, an image just 80 pixels across and 80 pixels wide, didn’t provide a lot of detail. But it showcased the technology’s potential, revealing a tumor in a woman’s brain. A surgeon who later operated on the tumor is said to have marveled that “it looks exactly like the picture.”

Previously, if doctors wanted to look for a brain tumor, they injected air into the spinal column. Then they rotated the patient to allow the air to bubble up into the area around the brain to increase the contrast in standard X-ray images. The procedure “hurt like heck,” McCollough says. “Patients routinely vomited; it was like torture.” With CT scanning, that agony soon became a thing of the past.

Any way you slice it

At first, CT scanners were designed to image only the brain. But researchers quickly adapted the technology to take cross-sectional images, or slices, at various points along the body. Then, in the early 1990s, scanners were created in which the X-ray source scanned in a continuous spiral around the body, instead of taking individual cross-sections. That advance allowed a whole organ, such as the lungs, to be imaged in one go.

But the image resolution along the length of the body was still low. CT scanners with multiple rows of X-ray detectors solved this problem by imaging several slices of the body at once along the spiral path.

CT scanner manufacturers kept pushing up the number of detectors, making scanners that could capture more slices at once. When detectors hit 64 slices in the early 2000s, McCollough says, “the real ‘Wow’ happened.” Scans could be fast, high resolution and cover a significant length of the body, all at once. Today, scanners are even more sophisticated, using up to 320 slices.

Finally, the fragile complexity hidden inside the human body — from the intricate webs of blood vessels to the gracefully branching air passages of the lungs to the delicate yet sturdy structure of bone — was there for all to see.

When McCollough’s father-in-law landed in the emergency room with a painful wrist, he languished for hours while doctors tried to figure out what was wrong. Eventually, McCollough remembers, she asked, “Can’t we send him over to CT?”

Thanks to a technique called dual-energy CT, doctors were able to pinpoint the problem. Dual-energy CT, introduced in 2006, uses two beams of X-rays at different energies, instead of just one beam. Taking images this way allows the scanners to work out exactly what materials are within. Different materials absorb X-rays in different amounts, but in order to zero in on a specific type of material, you want to know how that absorption changes as the X-rays’ energy changes.

For example, dual-energy CT can distinguish between different types of crystals that can form in the joints, causing arthritis. Urate crystals indicate gout, and crystals containing calcium point to pseudogout. For McCollough’s father-in-law, the scan quickly uncovered the cause of his pain: pseudogout. In this way, CT scans can reveal the human body at its most basic level, the materials that make it up.

The X-ray detectors in CT scanners are the “secret sauce” of the technology, McCollough says, because the detectors are how the machines measure the X-rays in the first place. Most CT scanners measure that radiation indirectly, first converting the X-rays into visible light and then converting that light into an electric signal. A new era of CT technology is cutting out the middleman. In September, the U.S. Food and Drug Administration OK’d the first “photon-counting” CT scanner.

X-rays are a type of high-energy light, and like all light, they are made up of particles called photons. Photon-counting CT scanners measure individual X-ray photons. The technology also allows for crisper, more detailed images and provides a measure of the energies of the photons, which, like dual-energy CT, identifies different materials inside the body.

Beyond the (human) body

CT scans may have been invented for medicine, but that didn’t stop other researchers from recognizing the technology’s usefulness. Scientists in fields including archaeology, biology and physics have harnessed the technology to better understand everything from mummified remains (SN: 8/20/20) to how cracks form in concrete to the anatomy of animals such as the earless monitor lizard (Lanthanotus borneensis).

This image of L. borneensis comes from the Florida Museum of Natural History in Gainesville. Researchers there are making 20,000 CT datasets of preserved specimens that represent every vertebrate genus housed in U.S. natural history collections to reveal the animals’ internal anatomy. Anyone in the world will be able to access these scans online.

Despite all of these advances, some researchers caution that physicians’ love affair with CT has gone too far, at least in the United States, where the scans are used more often than in many other countries. Unneeded CT scans can have drawbacks: They may uncover unrelated findings that look concerning but are probably benign, which could lead to expensive and anxiety-inducing additional testing. But foregoing CT scans can also have negative impacts, by slowing diagnoses for ailments that resolve best if treated quickly.

There’s no denying that, when warranted, CT scans are a crucial, lifesaving part of the medical toolkit. Recently, the scans have been in the spotlight for revealing damage done to the lungs by COVID-19 (SN: 4/27/20). The technology seems poised to remain a mainstay of medicine and science in future decades, continuing to scan its way into our hearts, lungs, brains and everywhere else.