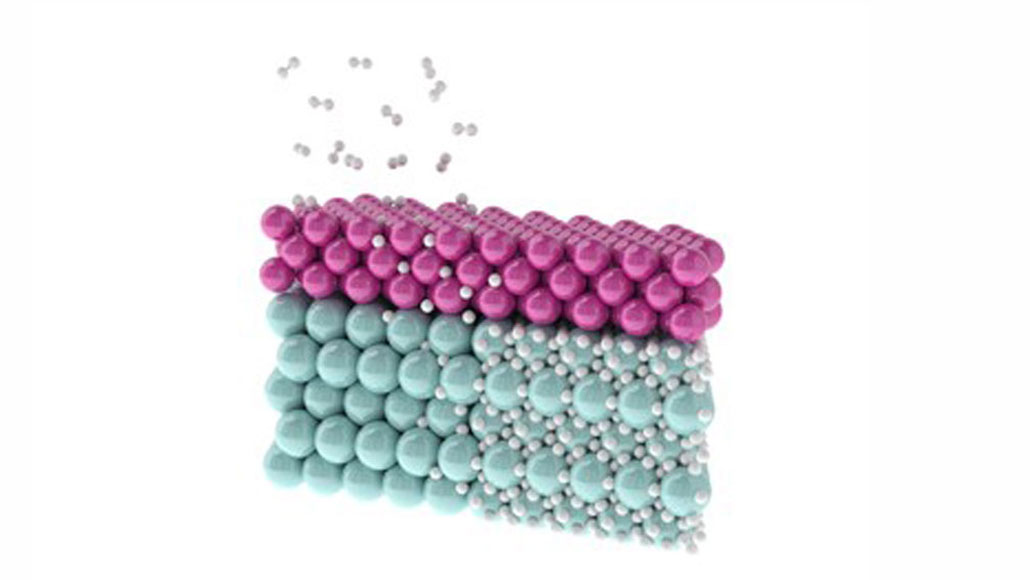 For decades, scientists quested after a room-temperature superconductor. Now that they’ve finally found one, the hunt is on for an even better material.

Until last year, all known superconductors — materials that conduct electricity without resistance — had to be cooled, many to extremely low temperatures, making them impractical for use in most electronic devices. In 2020, physicist Ranga Dias and colleagues reported that a compound of carbon, sulfur and hydrogen was superconducting at room temperature (SN: 10/14/20). But the need for cooling had been swapped for another impractical requirement: The material had to be crushed to 267 gigapascals, more than two million times Earth’s atmospheric pressure.

Now, scientists are devising strategies to ease the squeeze, perhaps even bringing pressures down to atmospheric levels. “This is what we really want to do,” says Dias, of the University of Rochester in New York.

A superconductor that operates at room temperature and atmospheric pressure could be integrated into a wide variety of electronic devices, enabling improved computers and advanced levitating trains and saving vast amounts of energy in the electrical grid.

But how to find superconductors that operate close to room temperature and require less pressure? “I think this is now the big remaining question in the field,” physicist Lilia Boeri of the Sapienza University of Rome said March 16 at an online meeting of the American Physical Society. During the meeting, several groups of physicists reported making headway.

To find the next big superconductor, it helps to know where to start hunting. Scientists are using computer calculations to theoretically determine the structures and properties of materials and guide the search, theoretical chemist Eva Zurek said March 16 at the meeting. That strategy has paid off in the past. “Theory has played a very important role, in some cases predicting these structures before they were made,” said Zurek, of the University at Buffalo in New York. For example, such predictions led researchers to a compound of lanthanum and hydrogen which was found in 2018 to be superconducting at then record-high temperatures up to about –13° Celsius (SN: 9/10/18).

The list of high-temperature record holders is dominated by superconductors rich in hydrogen.  Pure hydrogen is expected to become a metal when squeezed, one that would be a room-temperature superconductor (SN: 8/10/16). But that metallic hydrogen demands such extreme pressures that it’s proved difficult to create. By adding in another element, such as lanthanum or yttrium, scientists have created superconductors that function similar to the elusive metallic hydrogen, but at lower pressures.

Theoretical calculations have now explored all combinations of hydrogen and any other single element, looking for likely superconductors. The new frontier is calculating combinations of two elements with hydrogen, such as the carbon-sulfur-hydrogen compound that Dias found experimentally. But that task poses an additional challenge: too many pairs of elements to choose from. “It’s just going to explode in our faces, the number of possible combinations,” Zurek says. Still, one study has already suggested this technique will find success in bringing down the pressure.

A combination of lanthanum, boron and hydrogen may be superconducting at lower pressures, Boeri and colleagues reported at the meeting and in a paper posted February 22 at arXiv.org. The chemical structure is similar to that of the 2018 superconductor made of lanthanum and hydrogen, where a cage of hydrogen atoms surrounds a lanthanum atom. In the new compound, boron atoms fill some additional empty space around the cage. That provides an extra chemical pressure, Boeri said, meaning that, if the material were created in the lab, it could retain its superconductivity even when the external pressure is as low as 40 gigapascals. The predicted temperature required is lower, at –147° C, but that’s still relatively warm compared to most superconductors.

“We were actually quite surprised that it would work this way,” Boeri says. Normally, chemists would expect the boron to form bonds with the hydrogen, rather than simply acting to pen in the hydrogen cage. But chemistry under pressure breaks the normal rules.

That’s why calculations are so important in the search for superconductors, says Zurek. Computational methods of searching for new materials under pressure can find structures that normal intuition, based on chemistry at ambient pressure, wouldn’t have conceived of. Databases of chemical structures wouldn’t include these materials, “nor could our chemical imagination have dreamt of them prior to finding them on the computer,” she said.

In his talk, Dias dropped hints about another new material his group has found that is superconducting at room temperature and significantly lower pressure, around 20 gigapascals. But he can’t speak about it yet due to a pending patent application.

Scientists are enthusiastic about the new developments in superconductor research. “This is just the most exciting thing that’s going on at the moment in science,” said physicist Graeme Ackland of the University of Edinburgh, who moderated one of the sessions at the meeting.

Dias envisions a future where hardware store salespeople will ask, “‘You want a superconducting wire or you want normal wires?’” he said. “We want it to get to that level.”